From the first time Connie watched Dorothy dance down that yellow brick road, she was mesmerized. She also fantasized about a land over the rainbow where anything is possible. Now decades later, Oz continues to resonate. As an author, a teacher, wife and mother of four, “Over the Rainbow” has become a melodic reminder that “dreams really do come true.”

Connie grew up in a rich culture of French-speaking people in Lafayette, Louisiana, an area coursing with unique traditions and dialects. She lived minutes away from the Vermilion Bayou, a magical place that fueled her imagination with enchanting adventures. On the river, Connie battled fire-breathing gators lurking in the deep and climbed cypress trees laced in magical moss. She ruled every creature that slithered and crawled, and towering oaks bowed in her presence. She was the queen of the bayou.

Firmly rooted in Connie’s childhood was a deep passion for literature. This passion led her to a degree in elementary education from the University of Southwestern Louisiana, now the University of Louisiana. In 2011, Connie earned a Master of Fine Arts in Children’s Literature from Hollins University after completing her thesis, The Cajun I Am. Her first children’s story, The Runaway Beignet, earned recognition at Hollins when selected as a finalist for the Houghton Mifflin Harcourt Award. The Runaway Beignet also topped Pelican Publishing’s top 10 best-seller list after its release. Connie’s second children’s book, Hercules on the Bayou, was praised by School Library Connection & reVIEWS+ as “a delightful blending of Cajun folklore and Greek mythology.” Connie’s newest book, The Cajun Fisherman and His Wife, received a Kirkus review celebrating the story as “a rollicking rendition” of the Grimm’s Brothers, The Fisherman and His Wife.

As a distinguished-ranked educator, Connie has over twenty-five years of elementary education experience creating high-quality learning environments for children. Although Connie no longer lives in south Louisiana, her French heritage remains her constant companion. When reflecting on her childhood Connie believes, if the little girl who battled fire-breathing gators along the banks of the bayou could have peeked into the future, she would have smiled. While traveling down life’s yellow brick road, every time she dreamed of being an author, a teacher, wife and mother, she would have known for sure ─ “dreams really do come true.” 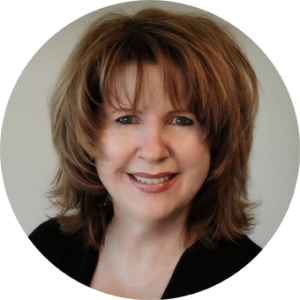